Why should we study languages?

It is obvious that learning a second language makes many things easier – traveling, surfing the internet and finding a good job are just a few examples. But did you know that learning languages also improves your intelligence, memory and concentration?

Generally, the earlier you start learning a language, the better, but even adults who learn a second language will benefit from it greatly.

Here is how learning a new language changes your brain – at any age: 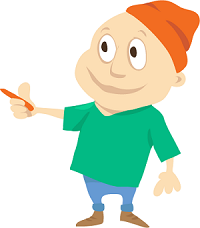 Studies also suggest that learning languages actually increases brain size and connectivity.Just like physical exercise strengthens your muscles, the more you exercise your brain, the stronger and more connected it will become.

Knowing more than one language protects your brain against aging. Scientists believe that learning a second language can postpone Alzheimer’s disease and the onset of dementia by several years.

Polyglots are also more perceptive to their surroundings and better at focusing in on important information while at the same time filtering out trivial information.

Great news for us who have the opportunity to study in such a fun and rewarding way!