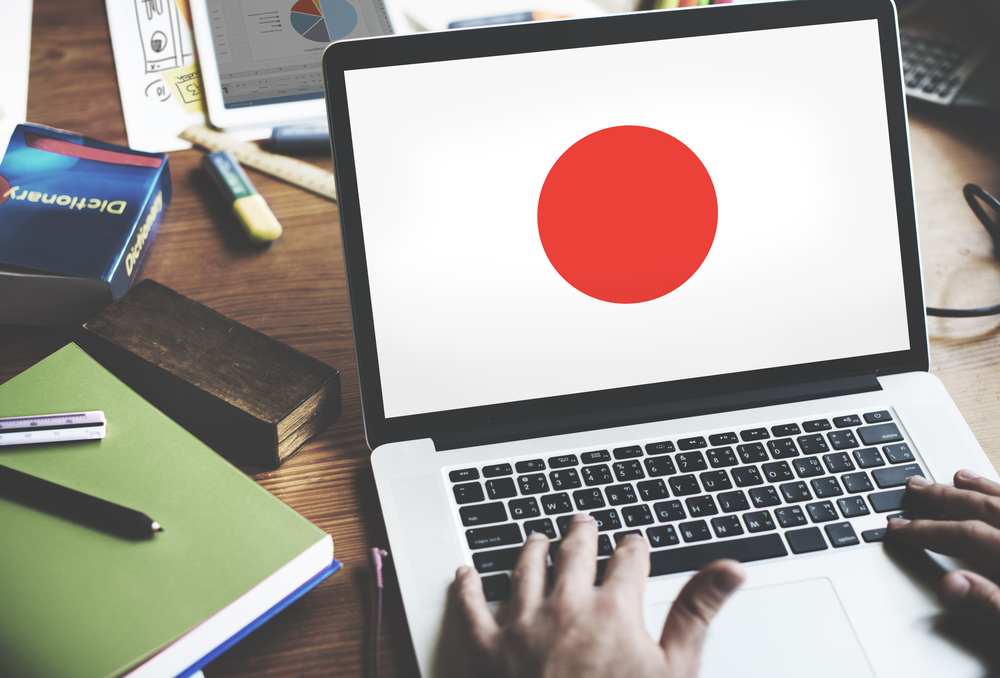 Hiragana are used to write word conjugations, whereas katakana are used for loanwords such as "コーヒー" (koohii, coffee).

In reading practice, you will learn the kana characters as well as useful Japanese words. For example, below is the character す (su) as a part of the word すし (sushi, Japanese rice dish). 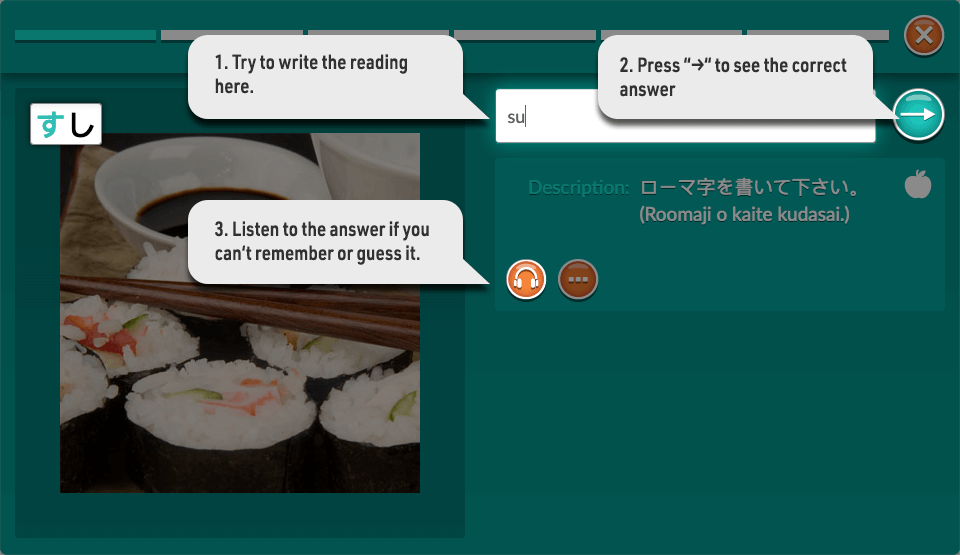 As your skills progress, you can move on to answering with full words and hiragana characters at your own pace. Above, all of the following answers are correct: su, sushi, す and すし.

In writing practice, you will write kana characters yourself by adding the missing character to the words. Below you would add the character す (su) to the word すし (sushi). 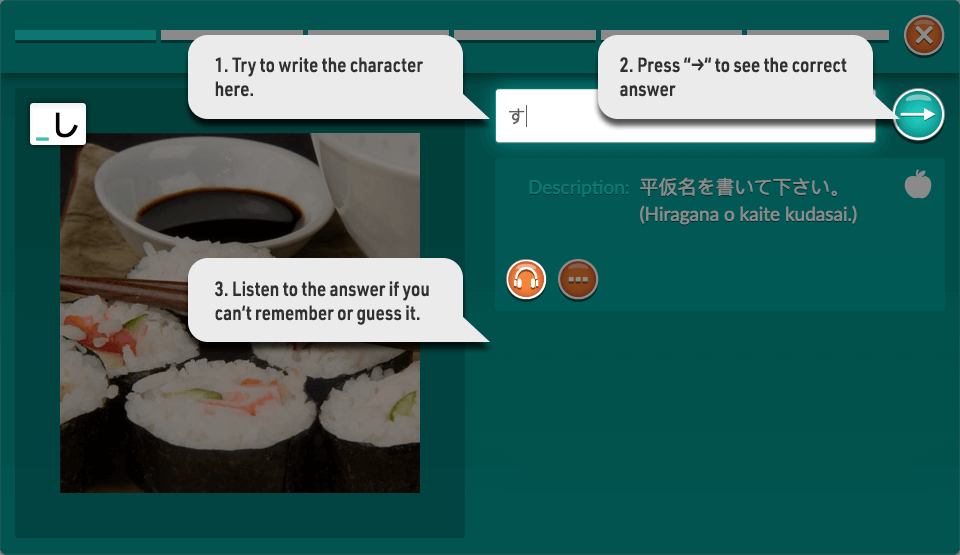 Kana character input is done by typing the desired syllable in Latin alphabet. It will then change into a kana character automatically.