Senior WordDive Users: Retired from Work But Not from Learning! 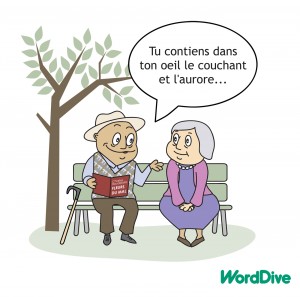 Being retired does not mean retiring from active life any more. On the contrary – many retirees spend their time participating actively in hobbies, traveling and doing other enjoyable things. Self-development, as well as maintaining mental and physical health, is a major part of today’s retiree lifestyle.

Learning new languages is also on the menu for more and more elderly people. There are as many reasons and goals as there are learners, but for many, studying in itself is a good enough reason. Learning new things is fun and useful, and studies also show that learning languages is a great way to activate brain cells, which in turn improves memory capacity and helps to keep the brain in good working condition.

We talked to two WordDive users in their sixties and asked them about their experiences with our award-winning service.

Italian, the language of song

Three years ago, Riitta Miettinen, 67, retired from her work as social science teacher and the rector of Hyvinkään opisto adult education institute. These days she is an active adult student herself. She found WordDive last August while searching for a good way to learn Italian. 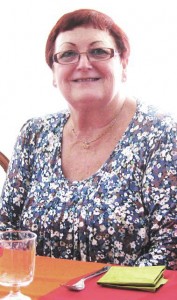 – Of all my art hobbies, I think I love singing the most. That’s why I wanted to learn Italian: it’s the language of song. Singing is even better when you understand what you’re singing, and it has a strong effect on how you perform the song.

Miettinen has seen her own mother’s memory disorder from up close and knows how fragile memory can become with age.

– I know I’m keeping my memory active by practicing foreign languages. WordDive makes it fun, even a little bit addictive. It’s easy to spend an hour with it without even noticing.

As a professional educator, Miettinen was also convinced by WordDive’s motivating and positive attitude:

– In the past, as we attempted to use online learning at the institute, we found that face-to-face teaching was needed in addition to online learning because students needed feedback. WordDive has understood this: users get immediate feedback and don’t get punished for making mistakes. This motivates them to continue and keep improving their learning results.

Miettinen is now studying her third Italian course and is thinking of expanding her WordDive studies to revising English and German. There are other enthusiasts in the family as well.

– I heard my sister’s 13-year-old grandchild is also studying Italian with WordDive to be able to read Italian comics in the original language – now that’s fun!

Doing great now – in English too! 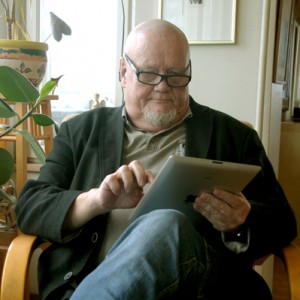 – I barely passed German and did even worse in English. I’m lucky to have found a polyglot wife, he laughs.

While his wife speaks five languages fluently, she can’t be there for every situation. Eräpohja, a frequent traveler since a young age, began to get fed up with not speaking foreign languages and the helplessness this caused when abroad. The decision to start studying English was cemented a few years ago on a British Airways flight.

– The airline magazine in the seat pocket had an article about the igloo hotel I had designed in Lapland. At the very least, I would have liked to know if the article was criticizing or praising my creation!

When an acquaintance told Eräpohja about WordDive a year ago, he decided to see if it would work as an English learning aid. Judging by the results, it did: in a year, Eräpohja has learned a bit over 1800 English items permanently.

– A friend of mine, who teaches languages at the university, told me that 1500 words are enough to get you accepted as a member of a community. I’ve already passed that milestone, and I’m happy. It seems that less than half an hour a day with WordDive is enough, and it’s very rewarding too.

Like Miettinen, Eräpohja brings up the value of studying in itself for the elderly.

– My goals at this stage of life are different. It’s fantastic to be able to manage things in English while abroad and to joke with my children’s foreign guests, but I don’t need to learn to give a lecture in English any more. I’ve also noticed I look forward to my daily WordDive session just for the sake of mental exercise. It keeps me sharp!