Improve your Swedish with our new advanced-level courses 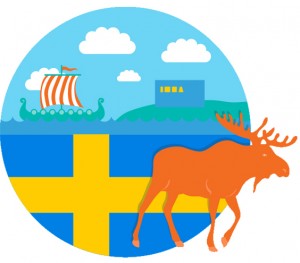 Swedish is an important language for working and studying in the Nordic countries. We are happy to tell you that we have expanded our selection with two advanced-level Swedish courses. With the new Swedish for Business and Swedish Noun Declensions courses, you can now reach your language goals even more efficiently!

The new courses are available as part of the Comprehensive Swedish course package and cover the following topics:

Fluent Swedish is an asset for anyone involved in the Nordic business world. The course is customized for users who already know basic Swedish but who wish to enhance their Swedish skills especially for business. The course focuses on the following fields:

The Swedish nouns have two grammatical genders (en/ett), and the nouns are divided into five different noun classes. Learning the noun classes is necessary in order to be able to use the right article and to inflect the words correctly. This is normally a task that requires quite a lot of practice, but luckily WordDive makes it enjoyable and effective for you! The course is suitable for beginners as well as more advanced Swedish learners.

Remember that you can also learn noun classes in WordDive’s other Swedish courses while you’re exercising. To learn more about the five noun classes, check WordDive’s Swedish Grammar Guide.

Rodolfo and David found a way to break the ice: speaking Finnish

Learning a New Word – How Does It Actually Happen?

This is what our crowdfunding campaign is all about