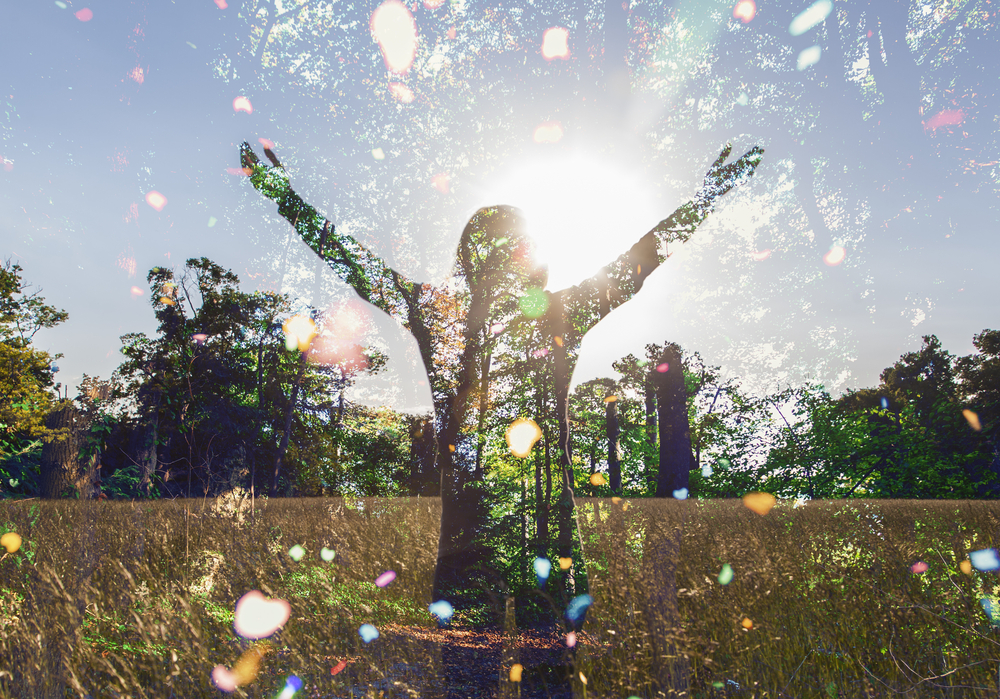 Learning languages is more than just studying vocabulary or grammar and taking endless classes. It means dreams, visions and goals. It brings people and cultures together, it takes you to incredible countries, makes conversations possible and even makes people fall in love.

We believe that people rarely study a language just for the language itself. There is often a deeper reason, a wish or a goal that inspires people to study.

We interviewed three inspiring persons, Sissi, Lauri and Leena-Mari, who follow their dreams and make their wishes come true with languages as their travel company.

Globetrotter and polyglot Sissi has spent the last year and a half cycling in Latin America. This ambitious trip across the continent started in Argentina in November 2015, and her objective is to continue all the way to Mexico.

In addition to her mother tongue, Finnish, Sissi speaks fluent Spanish, English, Italian, German and Polish as well as some Swedish and Portuguese.

– Although the destinations can be intriguing and beautiful in themselves, the most important thing about traveling for me is getting to know the culture. And because one of the most important tools when meeting locals is a common language, I try to stay in a foreign country long enough to learn the local language. 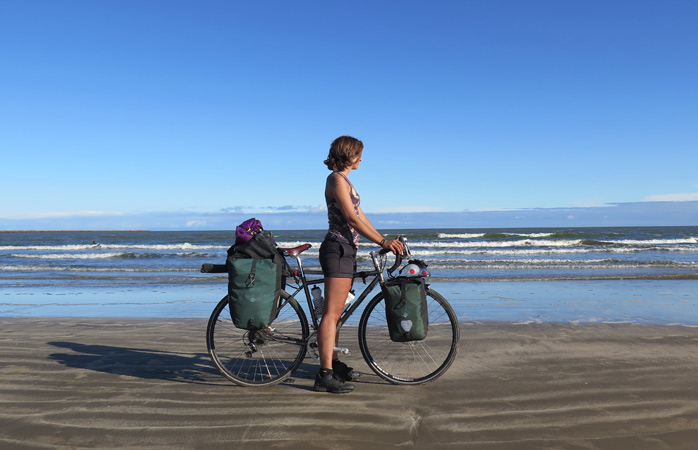 Sissi, who has a Master’s degree in intercultural communication, works as a sports massage therapist, blogger and journalist. In addition to being interested in languages and cultures, this daring adventurer also counts climbing, diving and paragliding among her hobbies.

– I deliberately seek challenging situations. I want to test my limits and can’t imagine a life in which I’m not constantly rushing towards the unknown.

Sissi learned English already as a child when her family moved to the United States in the early 90s. She had to learn English straight away as she only spoke her mother tongue.

As a teenager, Sissi dreamt of a summer in a warm and sunny country, and so she decided to go to Italy and work as a waitress. After her third summer in Lake Garda, her Italian was already starting to be quite good. 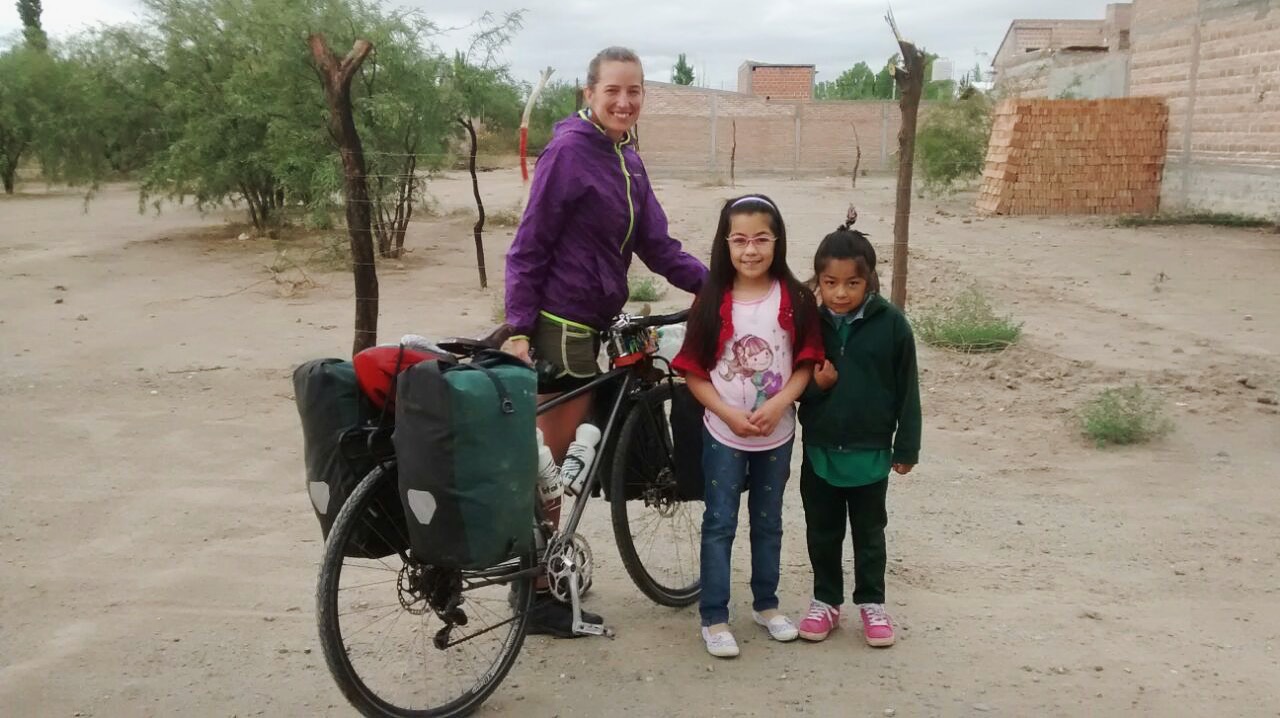 Love led her to study Polish. Sissi had only just started her studies at the University of Helsinki when her next dream had to be fulfilled, and so she moved to Poland and her studies were temporarily forgotten. Sissi is also intrigued by the cultures of former colonies, so she dreams of learning to speak Portuguese and French fluently.

– A distant dream, waiting to be fulfilled, is studying the mysterious Arabic language. I see language as the key to the human mind. Each language is structurally different, and I believe these structures strongly affect the way we think. Without an understanding of these linguistic structures, I doubt we can ever fully understand another culture. As Ludwig Wittgenstein said: Die Grenzen meiner Sprache sind die Grenzen meiner Welt – the limits of my language mean the limits of my world.

You can follow Sissi’s life on her blog Strangerless. Sissi also edits Seikkalijattaret, an online travel-themed publication for women.

Lauri is a business student from Tampere, Finland, and he has just come back from four and a half months of adventure in Sevilla, Spain. He travelled to Sevilla to enjoy student life for the last time before his upcoming graduation. His purpose was also to learn more Spanish, which he had started studying a few months before the exchange semester.

– I enjoy developing my skills and challenging myself, so I decided to combine the exchange semester in Spain with self-learning of Spanish. I wanted to make it a project in which I study the way I adapt to a new culture through language. I was also interested in finding out how my language skills would develop in a Spanish-speaking environment. 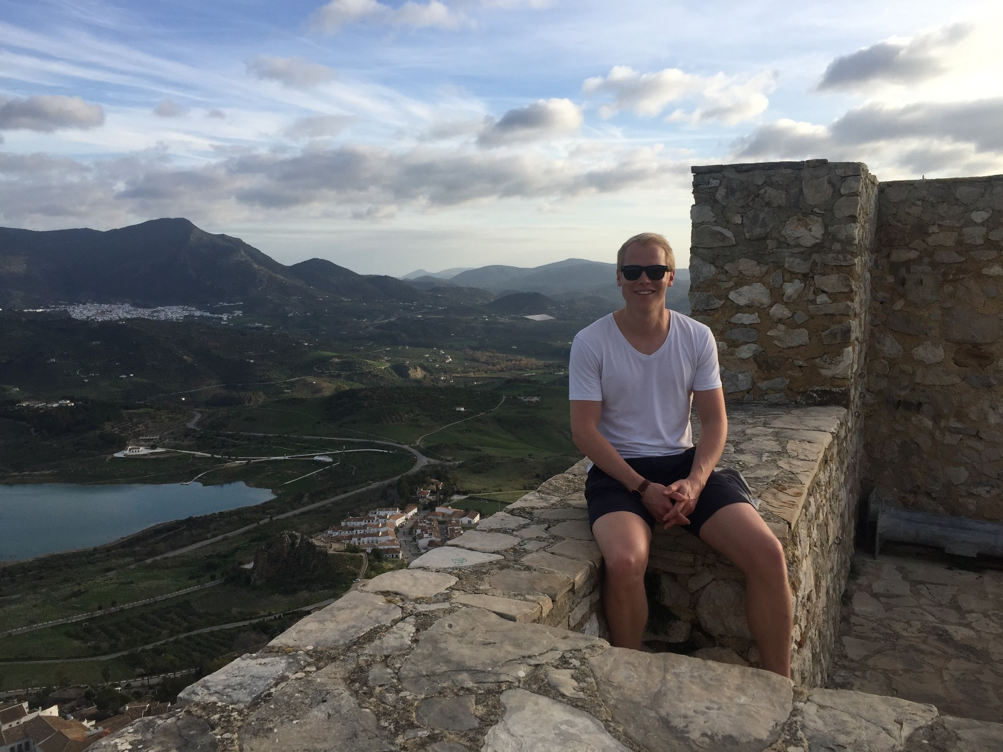 Spanish was a totally new language for Lauri, so he started his studies from scratch with WordDive. He speaks fluent English and has studied Swedish and German at school like many other Finns, but his skills in the last two are still on a basic level. Knowing the exchange semester in Spain was coming up raised his motivation quite a bit.

– It’s clear that living in Spain for a few months gave a boost to my Spanish studies. I wanted to see how fast I could learn and put my skills in practice. That’s how I was able to study every morning for three months while sipping my morning coffee. My goal was to reach a level where I could manage everyday conversations with locals in Spanish.

Lauri’s plans were put in action, and he used Spanish in Sevilla on a daily basis. He continued his studies and took part in a Spanish language course. Because Sevilla is an inland city and has less tourism compared to the coastal cities of Spain, it can even be difficult to get by there while speaking only English.

– After I learned the key grammar issues, I was able to produce whole sentences in Spanish easily, and broad vocabulary skills helped in that. It was especially rewarding to learn new things and use the vocabulary without having to concentrate very hard on what I was saying. Comments from the visitors I had from Finland helped me to see how much my skills had developed! 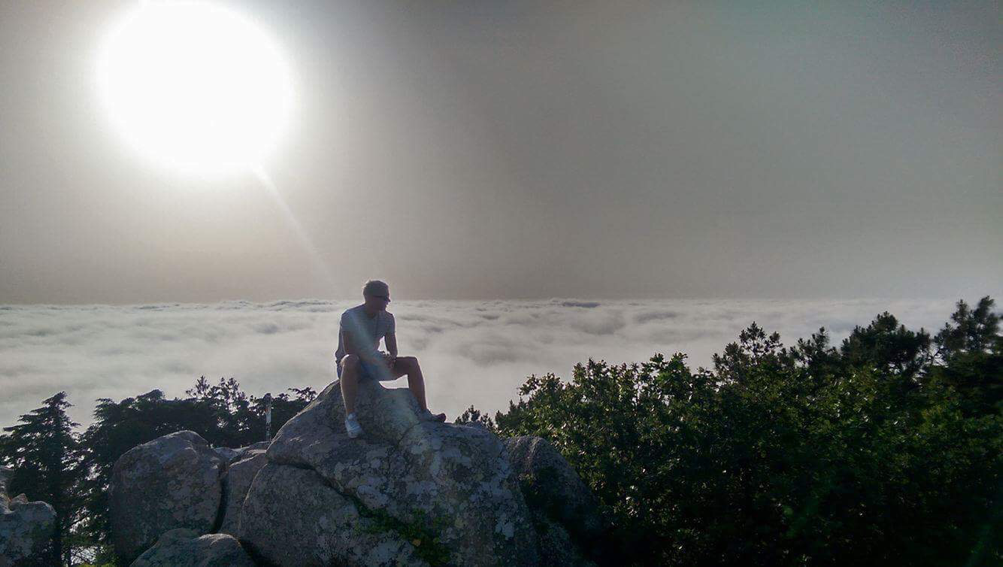 The challenge, according to Lauri, was to keep up with studying the language, but the environment helped him to focus on using the language every day. He learned to understand the locals and their culture, which opened up his eyes.

– One of the most important things about this exchange for me was the access to a foreign culture through language skills. Fluent interaction with people and the chance to observe the culture are possible only if you know their language. One of the best experiences in Sevilla was Feria, the local spring festival! 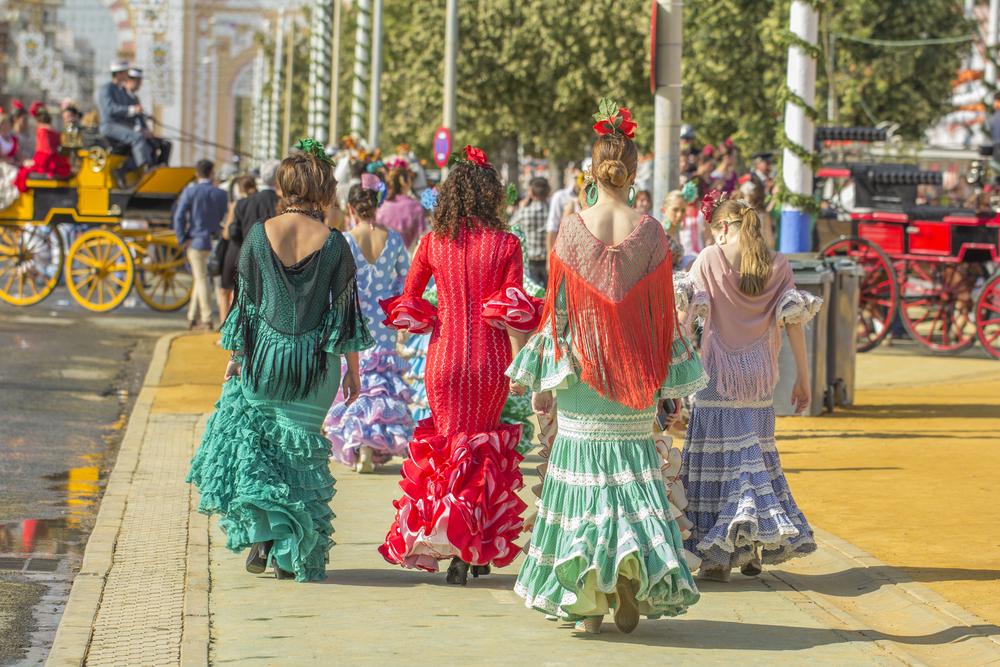 Lauri says that with language skills you can also communicate your interest in their culture to the locals. This is how you end up in amazing conversations with people.

After all this, Lauri wants to continue his Spanish studies in order to become fluent enough to communicate with the whole Spanish-speaking world.

– I’m also sure that I’m going to learn more languages, especially for travelling. The more languages you speak, the easier it is to learn a new one!

Leena-Mari dreams of moving to Tuscany

Leena-Mari, a cosmopolitan blogger and entrepreneur, currently lives in Düsseldorf, Germany with her Italian husband and 11-month-old son. Finnish, English and Italian are the languages spoken in Leena-Mari’s household.

– I have never studied Italian, but I dream of speaking Italian fluently. Italy has become very dear to me over the past few years, and some day I would love to live in Tuscany, where my husband is from. For me, language skills are a gateway to understanding culture and people. It’s lovely when you can visit small villages and order something at local cafés without needing a translator.

Now that there is a baby in the family, Leena-Mari hears Italian at home every day. Although she understands most of it, she still finds speaking difficult. Leena-Mari and her husband have always spoken English with each other and she would feel strange about switching to Italian. However, she does have plans to start studying Italian more systematically.

– The dream of moving to Italy is what motivates me the most. I feel like I can do a lot when I am highly motivated. 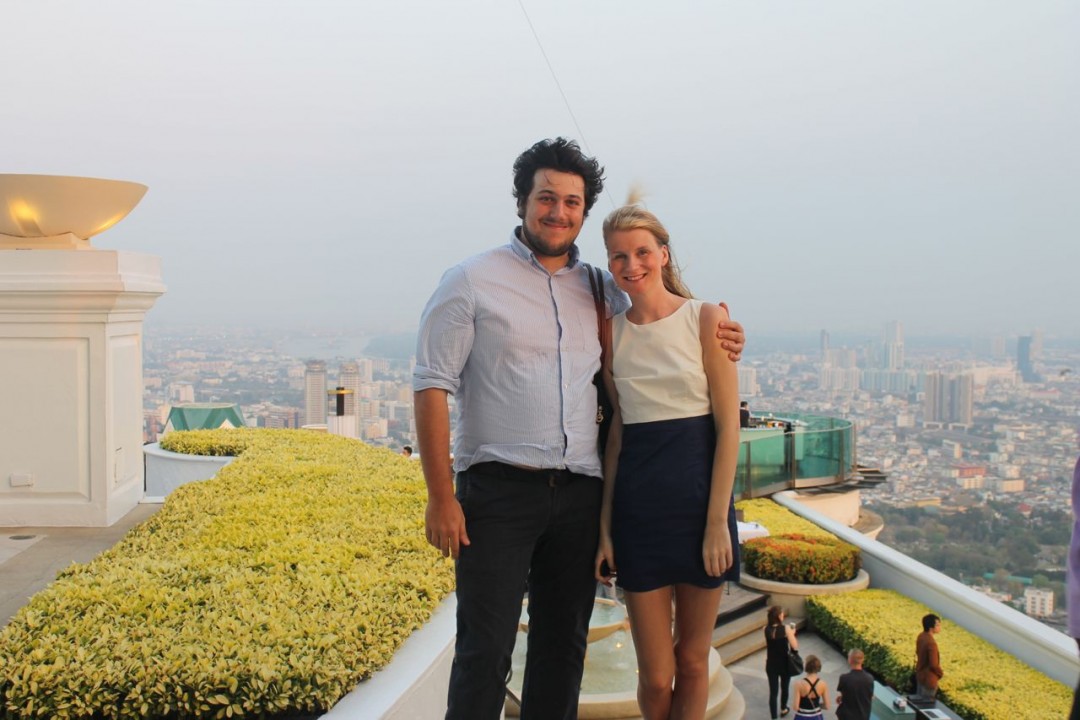 Leena-Mari could not imagine life without foreign cultures and travelling. In addition to Finnish, English and Italian basics, Leena-Mari speaks “supermarket German”:

– I can manage in supermarkets and restaurants. Our mobile life doesn’t really allow for regular German classes, but I sometimes take private lessons. I can manage everyday things in German, but on the other hand, I feel that I would be able to understand Germany and German character a lot better if I spoke German fluently.

You can follow Leena-Mari’s international family life, work and travelling in her blog London & Beyond.

What are your dreams or goals that you wish would come true with the help of languages? Share them in the comments and let’s make them come true!

How can you keep the conversation flowing? Check out these 5 great tips